A woman in her 80s is fighting for her life after she was hit by a double decker bus on London’s Oxford Street on Monday afternoon.

The woman, a pedestrian, was hit on the junction of Oxford Street and Regent Street at 3.29pm in front of horrified onlookers in the popular shopping district.

Footage shared on social media shows crowds of people watching the incident unfold, with some helping the stricken pedestrian.

There were reports that she lost her leg after being hit by the bus, with witnesses describing their horror. 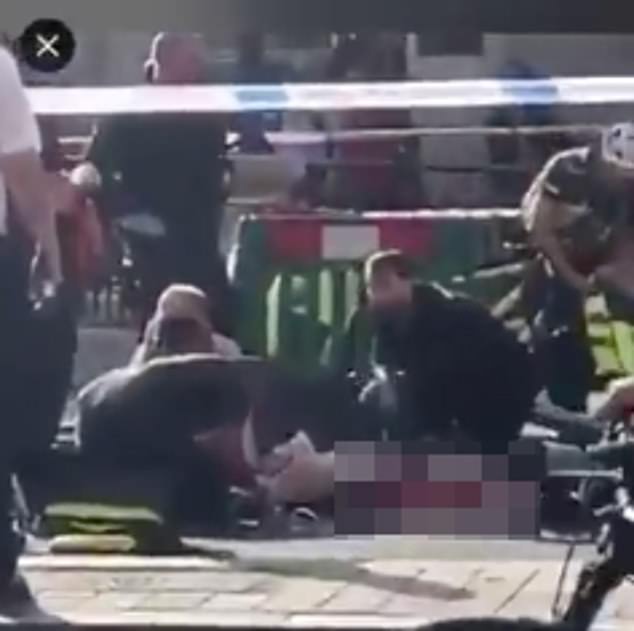 A woman in her 80s was hit by a double decker bus on Oxford Street London this afternoon, pictured she lays getting treatment 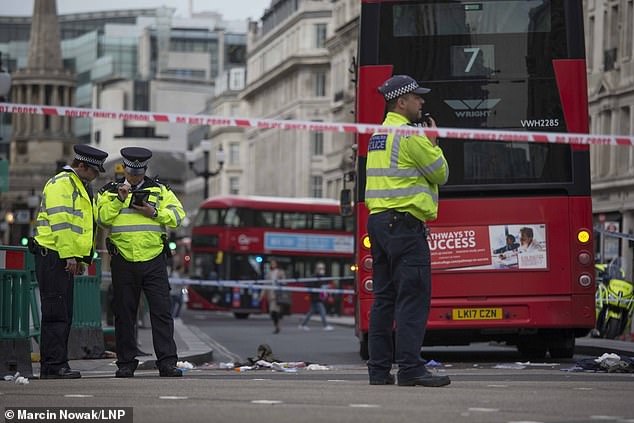 The Metropolitan Police confirmed the collision and described the woman’s condition as ‘potentially life-threatening’ – though police did not comment on the reports she lost her leg.

A police statement said: ‘Police were called at 15:29hrs on Monday, 28 September to reports of a collision involving a pedestrian and a bus at the junction of Oxford Street and Regent Street.

‘Officers attended along with London Ambulance Service and London’s Air Ambulance. A woman, aged in her 80s, was taken to hospital; her injuries are potentially life-threatening.

‘No arrests have been made and enquiries continue.’