A holiday weekend swim turned frightening when a woman was seriously injured and airlifted to a local hospital after being attacked by an alligator in Brevard County, Florida, on Saturday afternoon.

The woman was swimming at Key Lake Wilderness Park in Cocoa, on the state’s eastern coast, when she was attacked suddenly by a large gator.

“We’re hanging out about waist to chest deep in the lake, next thing you know a girl starts screaming and luckily a couple guys reacted and grab her,” eyewitness Dave Nygard told ABC News. “I thought she was more or less joking around … next thing you know we pull her out and her side and her thigh was open. So then about 30 seconds later I see a gator head pop up. It was every bit of 8 foot.”

The woman was driven on an ATV by others at the lake a couple miles out of the woods to a nearby road, where she was loaded into a helicopter.

“We have a female who was allegedly bit by an alligator. She was out in the woods, swimming in a lake, from what we understand,” Brevard County Fire District Chief Thomas Uzel said. “She was classified as a trauma alert and she was transported to Holmes [Regional Medical Center].” 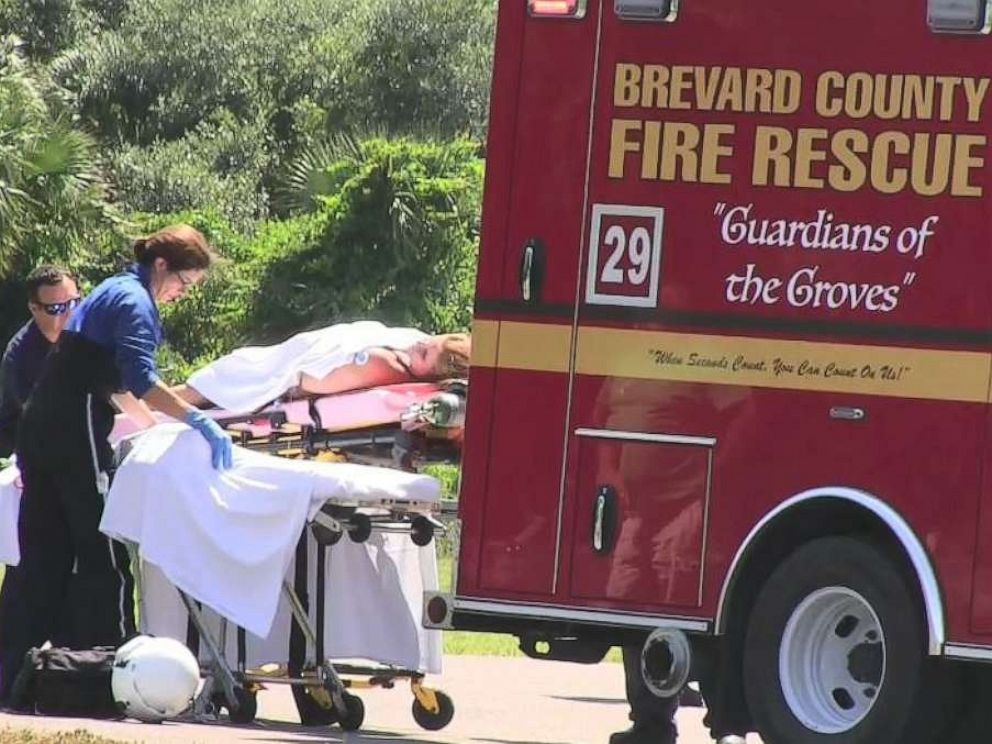 Officials did not release information on the extent of her injuries, only calling them “significant.” The Florida Fish and Wildlife Conservation Commission said only that they were “non-life threatening.”

“I mean, it’s scary,” Nygard said. “Just thankful a little kid wasn’t in the lake at the time, because more or less the gator probably would’ve gotten the kid.”

Nygard said there were about a dozen people swimming in the lake at the time.

“Several people grabbed towels and shirts and wrapped her side and leg and then they rushed her up here to the [road],” he said. 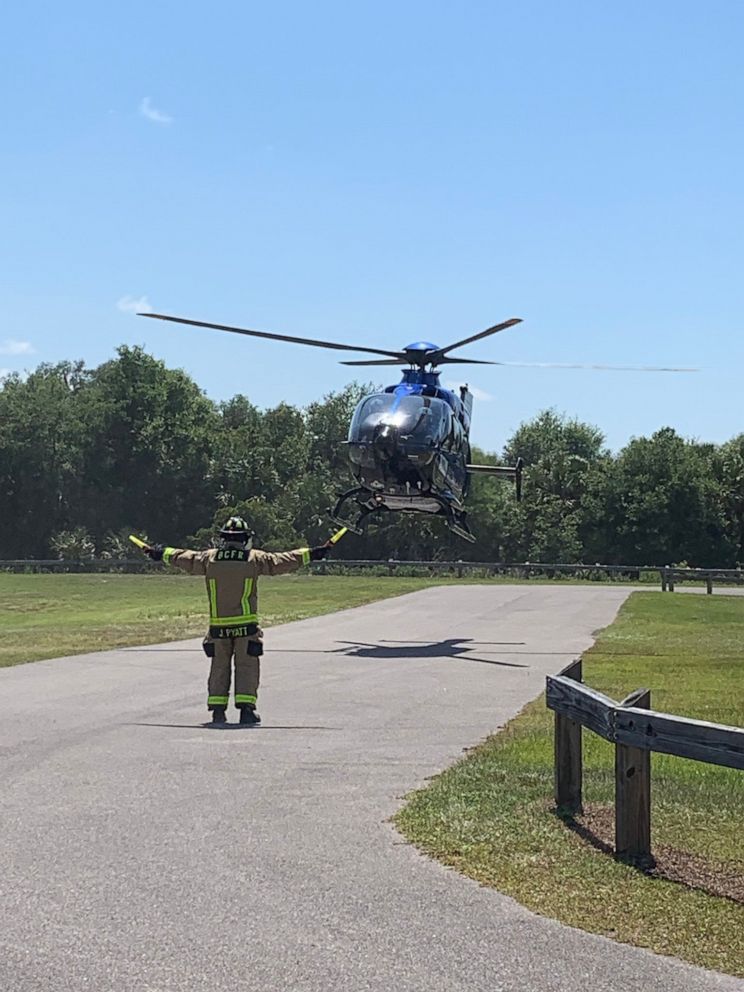 Uzel said the gator attack was very unusual, and not something he had seen regularly.

“Not very often,” Uzel said. “As far as alligator bites, I think this was the second in 35 years.”

Uzel said there was an off-duty paramedic at the lake who also assisted the woman.

“Usually gators are not intrusive on people,” Nygard said, echoing emergency personnel. “They’re more or less more scared of us than we are of them, so for the gator to come up and — he was curious more or less — so thank goodness we got her out and hopefully she’s doing fine right now.” 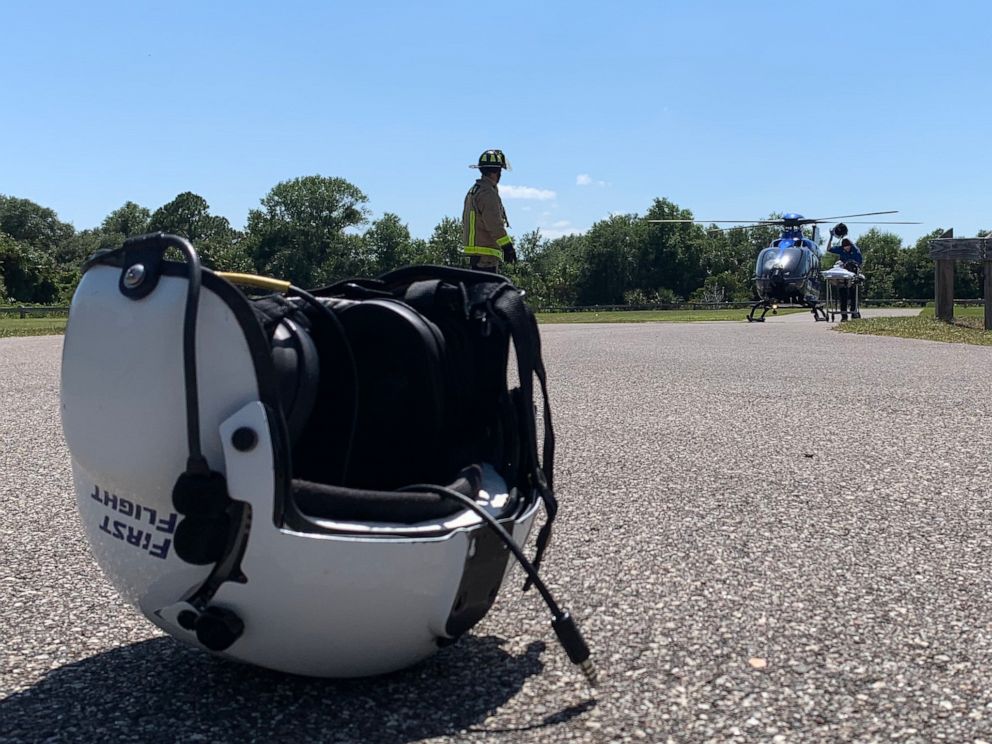 “You hear of shark bites, yet we keep going in the ocean,” he added. “Born and raised in Florida, not going to keep us out of lakes.”

A woman was killed by an alligator in Hilton Head, South Carolina, last August trying to save her dog from attack, while a man in Lakeland, Florida, suffered a severe injury when he was bit by a gator in December 2018.