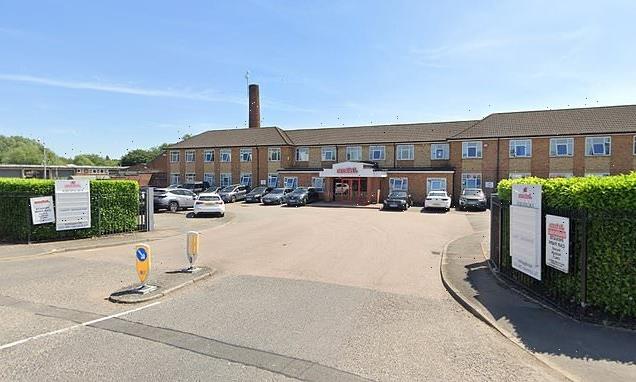 Female painter and decorator, whose ‘tyrant’ boss asked her to wear stockings and suspenders up a ladder before describing his comments as ‘banter’, is set for compensation after winning sex harassment claim

A female painter and decorator who was told to ‘stop being a whiney b***h’ by her boss when she asked about her pay – before being told to ‘try escorting’ for extra cash – has successfully sued for sexual harassment.

Lisa Thomas received an onslaught of sexist comments from her ‘tyrannical’ colleagues while working at the residential building company Jelson, based in Leicester – which she joined in 2016 on the recommendation of her brother.

An East Midlands tribunal heard how one colleague exposed his erect penis to her and told her she was the ‘the right height for him to bite her nipples’ while she was up a ladder, before making ‘biting gestures’.

The tradeswoman of 20 years will now receive a compensation pay out – the amount yet to be determined – after an employment tribunal accepted that the indecent exposure took place, while rejecting one of the men’s claims that their sexist comments were ‘just banter.’

Ms Thomas had made a host of other complaints, including of constructive unfair dismissal, breach of contract, direct discrimination and victimisation – all of which were dismissed. 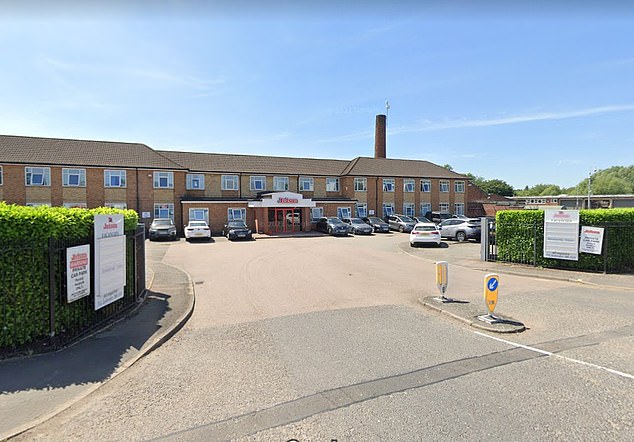 Lisa Thomas received an onslaught of sexist comments from her ‘tyrannical’ colleagues while working at the residential building company Jelson, based in Leicester (pictured) – which she joined in 2016 on the recommendation of her brother

The tribunal heard how the colleague who exposed himself to Ms Thomas, Kevin Graham, told her: ‘You look sexy in shorts.’

When challenged on the remark, Mr Graham defended himself by saying former Page 3 model Linda Lusardi was attractive when dressed similarly.

Meanwhile her ‘blunt and direct’ line manager – referred to only as MF by the tribunal – who had asked her to wear stockings up a ladder, described his comment to her as just ‘banter’.

Both men no longer work at the company.

In early 2017 the hearing was told Ms Thomas suffered a fall at the company’s Broughton Astley site in the Harborough district of Leicestershire one Friday, injuring the bone at the bottom of her back.

After resting over the weekend she returned to work on the following Monday but was ‘impeded’ by her injury.

Her manager, MF, accused Ms Thomas of not having done much work.

She explained her aforementioned injury to her boss – who she described as a ‘tyrant’ and a ‘bully’ – who ‘without warning’ touched her coccyx and ‘in doing so touched her bottom’.

The tribunal heard this caused Ms Thomas both ‘shock and pain’, added to the embarrassment of her boss inviting another worker to ‘feel her coccyx’.

The tribunal heard Ms Thomas was paid up to £750 to paint two and three-bedroom houses, and was often ‘the only female on site’.

During another argument over her salary, the boss told her if she wanted to be paid for doing extra work, she should ‘try escorting’.

He later messaged her asking her to ‘wear stockings and suspenders’ next time she was up a ladder, and to call him to ‘foot the ladder’, implying that he would stand at the bottom and could look at her underwear.

In yet another incident in January 2018, the tribunal heard Mr Graham had made a comment about Ms Thomas being ‘the right height for him to bite her nipples’ whilst she was up a ladder, before making ‘biting gestures’.

Mr Graham later asked if he could have a ‘kiss goodbye’ as she was leaving the site that day.

When Ms Thomas turned around after he made the comment, she saw him with his ‘erect penis’ exposed to her.

When she asked why he was exposing himself Mr Graham said it was because he ‘wanted to her to know he had a big c**k’, to which Ms Thomas retorted: ‘Not as big as the c**k it’s attached to’.

In the spring of 2018 Mr Graham went to the site Ms Thomas was working at, and went into a bedroom where she was painting.

He told her she looked ‘sexy in her shorts and top’ – an allegation he didn’t deny but instead defended by stating, ‘Linda Luscardi [also] looks sexy in shorts’. 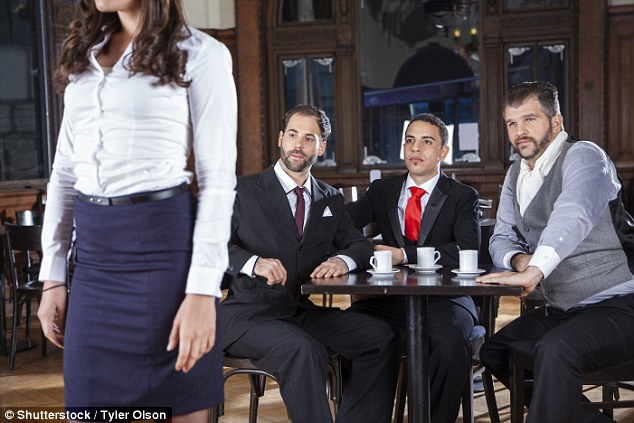 The tradeswoman of 20 years will now receive a compensation pay out – the amount yet to be determined – after an employment tribunal accepted that the indecent exposure took place, while rejecting one of the men’s claims that their sexist comments were ‘just banter’ (file photo)

Ms Thomas complained about Mr Graham’s conduct and later also against MF to an ‘inexperienced’ HR officer at the company.

However, following her failure to provide sufficient detail surrounding her complaints – due in part to her phone being taken when her flat was burgled – the grievance was closed.

In February 2019 she resigned and launched her claims in an employment tribunal.

She said: ‘We accept…MF’s text messages asking her to wear a certain type of sexualised underwear…was intended for a sexual purpose on MF’s part.

‘We accept that Kevin Graham exposed his penis to Ms Thomas.

‘By its very nature, exposure of genitalia is plainly conduct of a sexual nature. It was also unwanted conduct which reasonably violated [Ms Thomas’] dignity.

‘Ms Thomas had no interest in Mr Graham in a sexual sense, nor was there any ‘long standing friendship’.’

Ms Thomas’ other claims of constructive dismissal, wrongful dismissal, breach of contract, victimisation and direct discrimination all failed and were dismissed.

A remedy hearing to decide upon compensation will be held in due course.