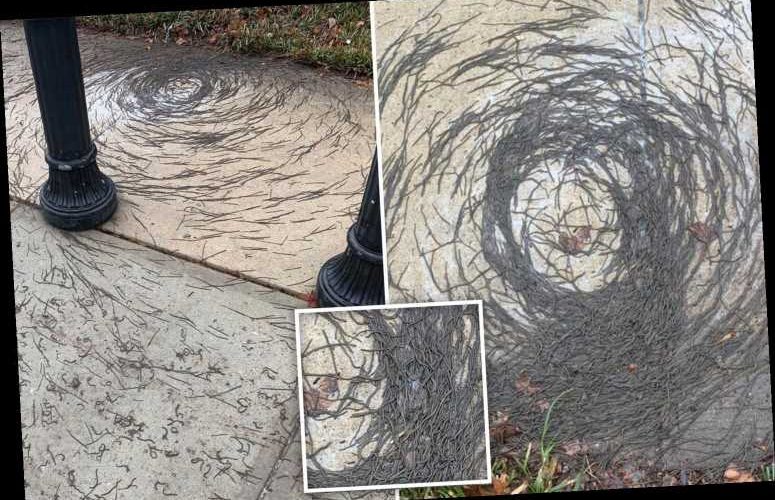 A BIZARRE "worm tornado" which emerged on a New Jersey sidewalk has left scientists baffled.

The creepy phenomena unfolded in a park near the Hudson River with hundreds of worms forming a cyclone-like shape. 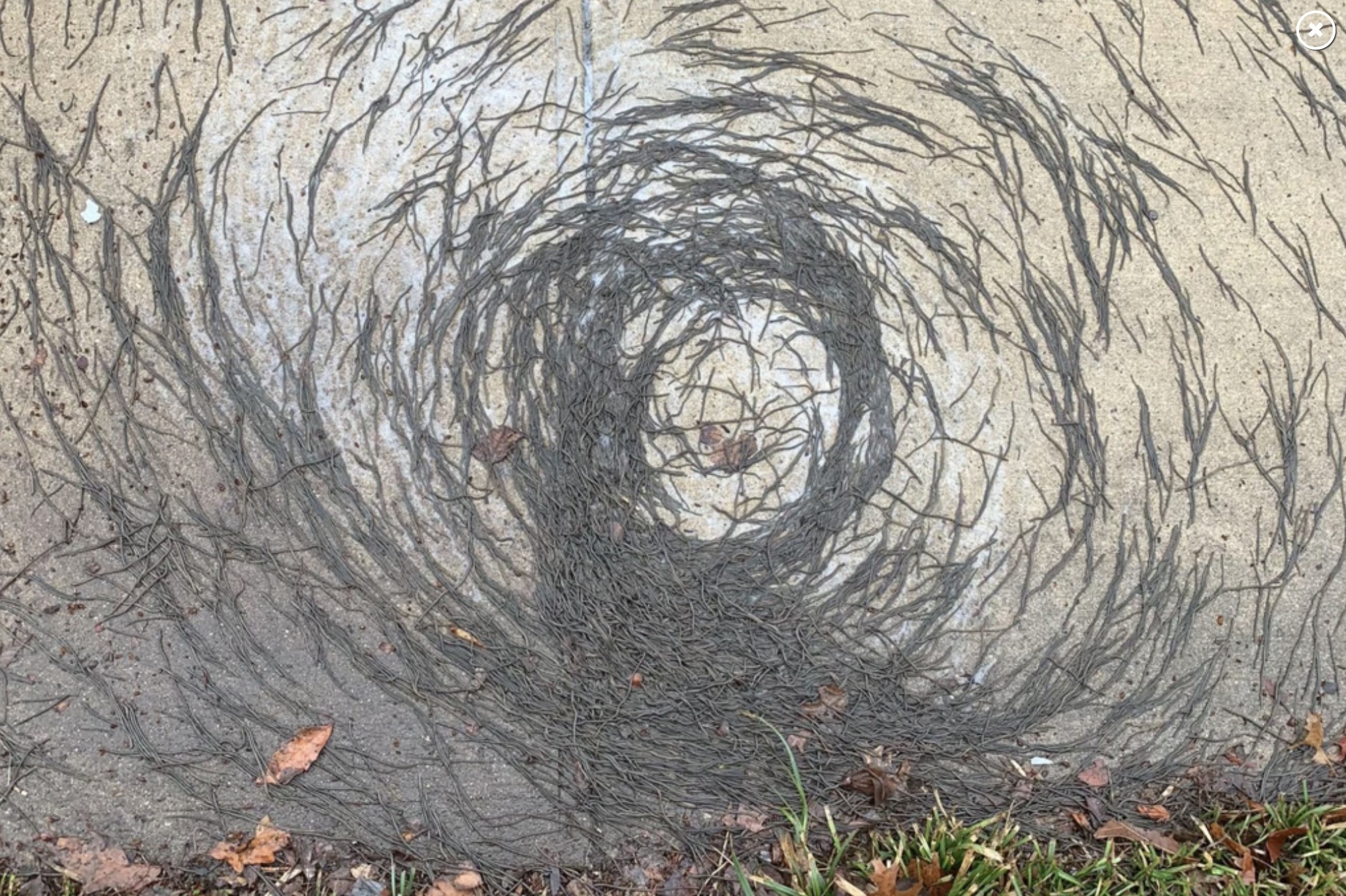 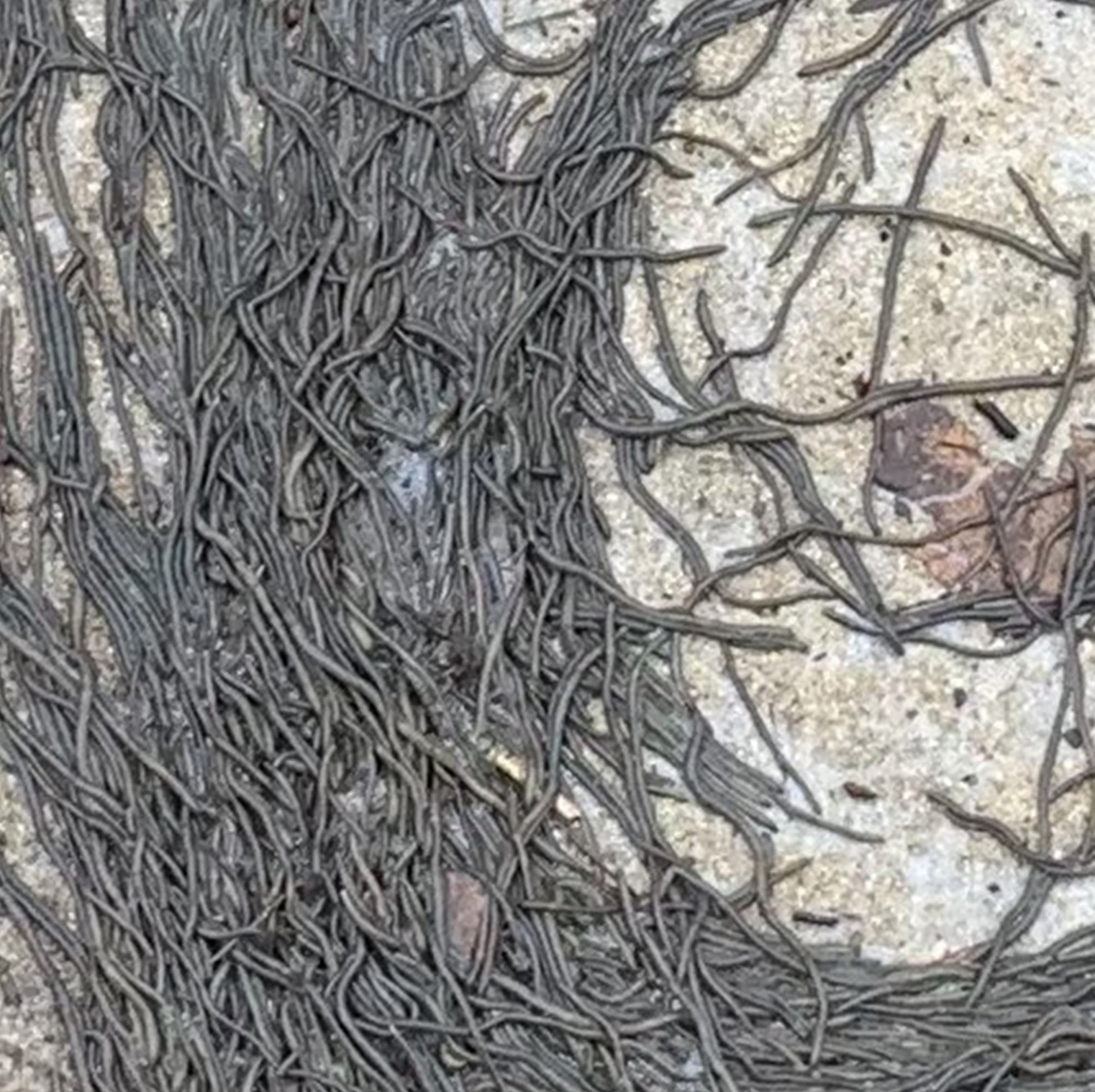 Adding to the mystery, the worm spiral appeared on the concrete walkway outside a condo building.

A resident of Hoboken, New Jersey was out for a morning walk in a park near the Hudson River on Thursday, when she spotted hundreds of worms spread along the walkway, reports Live Science,

But then she noticed something even more strange — a number of the worms creating a spiral where the edge of the grass met the concrete.

She noticed there were no open pipes nearby and on a wall of a nearby building, the critters dribbled down the curb and into the swirl.

She then sent photographs of the spook spectacle to city councilwoman Tiffanie Fisher, who tweeted out the nightmarish pics of the hordes of invertebrate annelids, asking: "Worm Tornado? 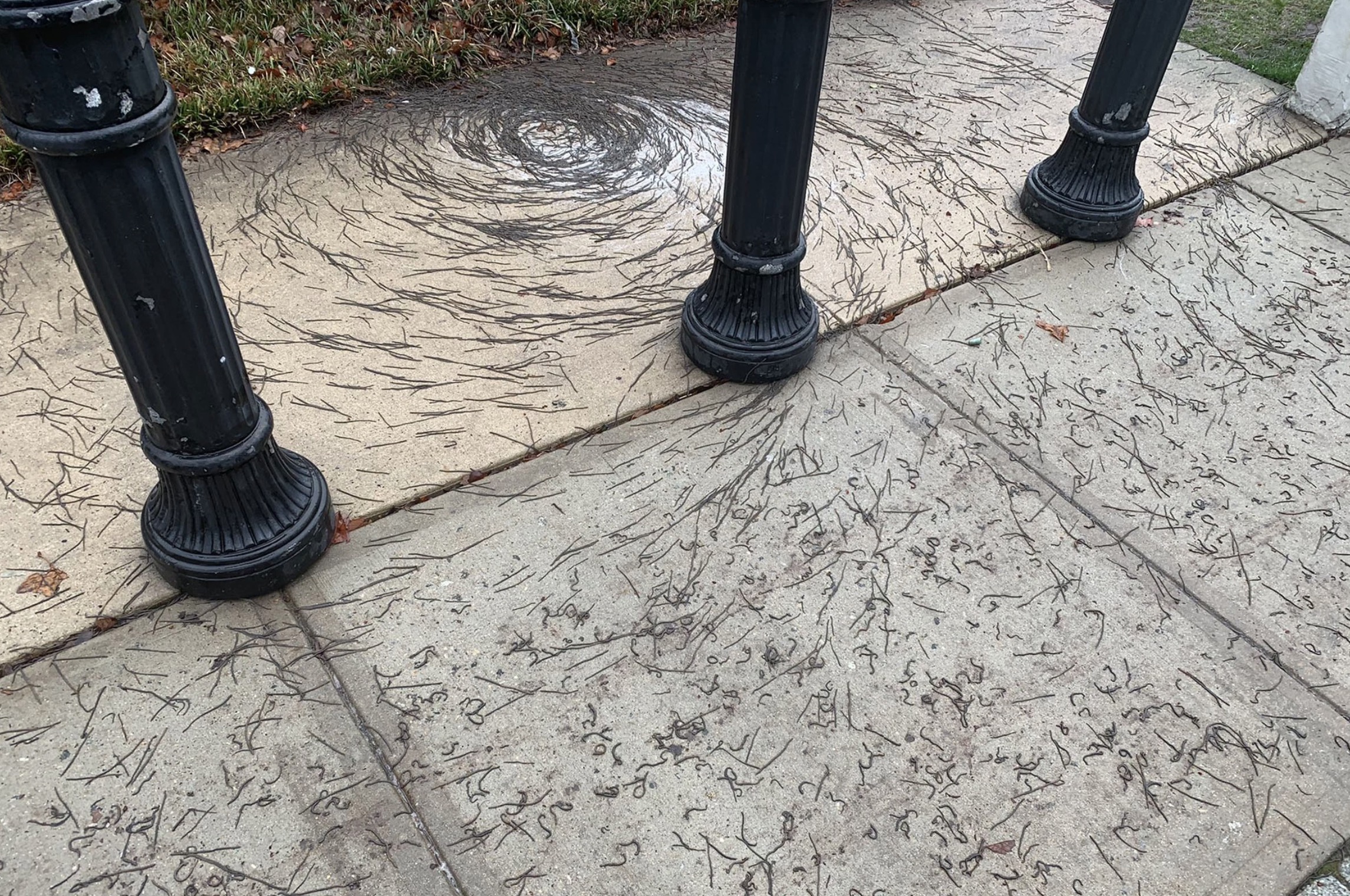 But what caused the wormnado has stumped scientists.

One of them, Kyungsoo Yoo, a professor in the Department of Soil, Water, and Climate at the University of Minnesota, told Live Science: "This tornado shape is really interesting."

He added though worms are known for mass-emerging from soil after rain, he had never seen them form a spiral before.

Lab leader Saad Bhamla, an assistant professor at Georgia Tech, said because it was unknown what type of worms made the spiral, any conclusions about their behavior would be speculation,

Others thought worms resurfaced en masse because of the heavy rain that had been swamping the area.