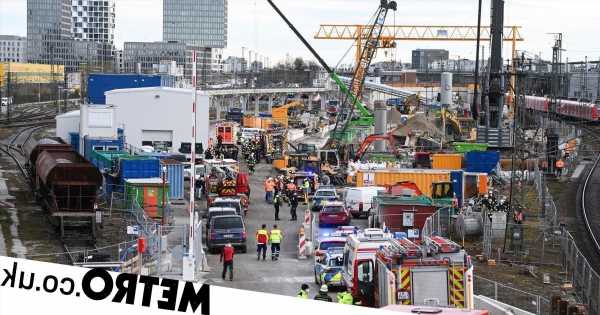 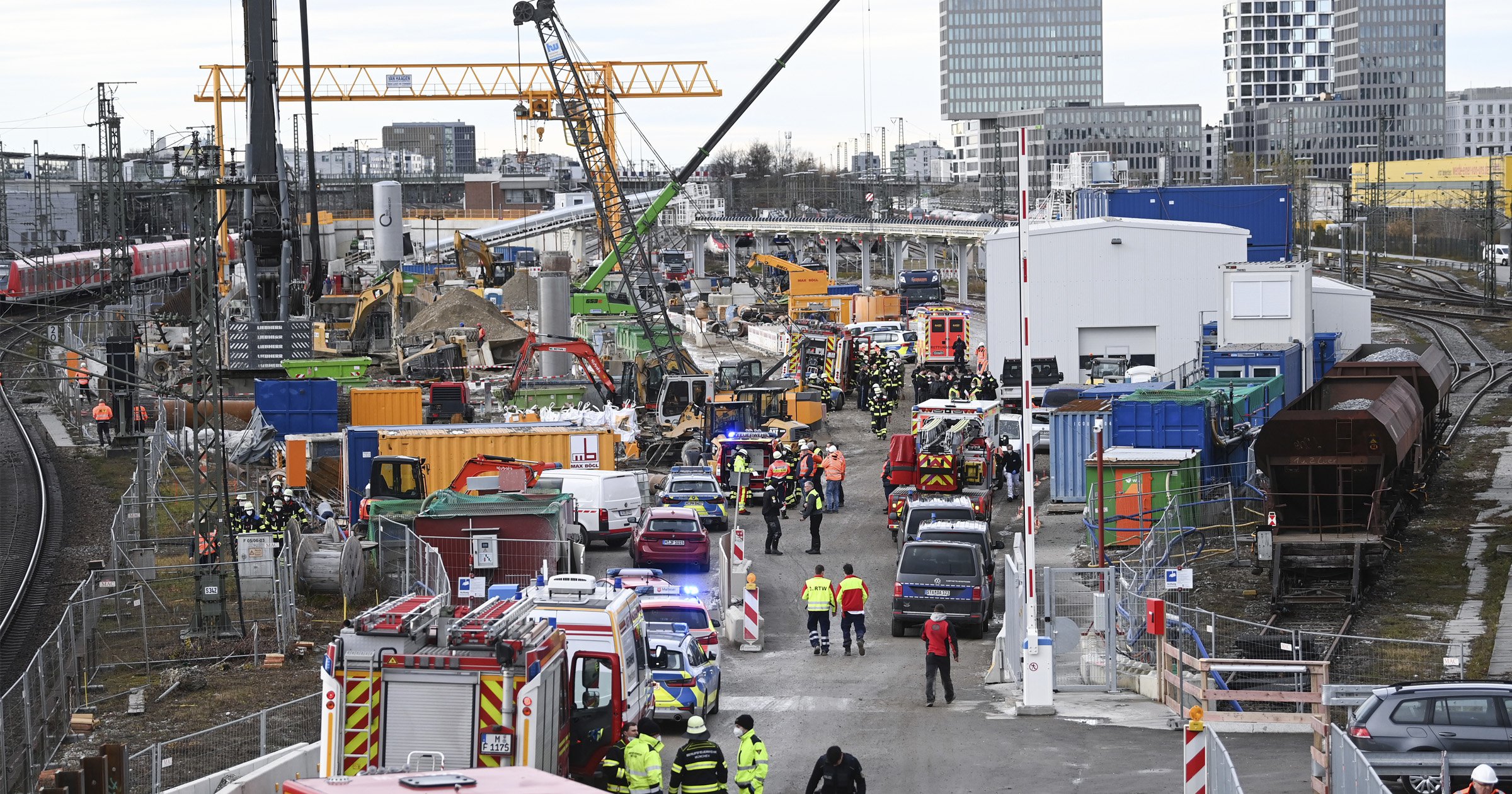 At least four people have been injured after a bomb from the Second World War exploded at a construction site next to a busy railway station in Germany.

It’s thought the 550 pound old aircraft bomb ignited during drilling work at the site where a tunnel is being built on the approach to Munich’s main railway station, Donnersbergerbruecke.

A column of smoke was seen rising into the air as emergency services rushed to the scene.

Travel to and from the station, one of Germany’s busiest, was suspended as a result of the blast but resumed mid-afternoon.

A few local trains that were in the area at the time had to be evacuated but the fire service said there was no damage to the tracks.

A cordon was put in place while explosives experts examined the remains of the bomb but police stressed: ‘There is no danger outside this area.’

Unexploded bombs are still found frequently in Germany, even 76 years after the end of the war, and often during work on construction sites.

More than 2,000 tonnes of live bombs and munitions are thought to be discovered each year.

In 2012, a fireball lit up the sky in Munich, causing millions of euros of damage to 17 buildings, when authorities had to detonate a deteriorated 500-pound bomb. In 2015, a 1,000-pound bomb ripped a three-meter-deep hole in a motorway near Offenbach in central Germany.

British and American warplanes pummelled the country with 1.5 million tonnes of bombs that killed 600,000 people. Officials estimate that 15% of the bombs failed to explode, some burrowing 20 feet deep.

They are usually defused or disposed of in controlled explosions, a process that sometimes entails large-scale evacuations as a precaution.

It wasn’t immediately clear why this particular bomb was not discovered earlier. In general, sites in central Munich are scanned carefully for possible unexploded bombs before work begins.